STORM BRENDAN: Thousands without power in Waterford and South East, trees down and trampoline loose on motorway

The main thrust of Storm Brendan is moments away from hitting Waterford and already there are reports of trees down and debris on the road as the county is battered by high winds and heavy rains.

Brendan hit the South West coast this morning with winds of up to 130kph, driving rain and heavy hail showers. The storm has already caused severe damage, with roofs ripped off buildings in Youghal and Ballincollig with roads closed in parts. 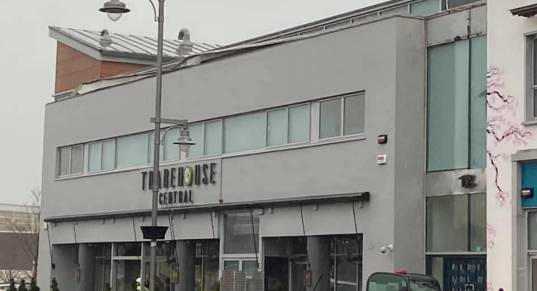 Road closed outside building in Ballincollig as roof peels off

It is estimated already up to 50,000 people are without power, of which over 4,00o are in the South East. West Waterford, Fenor and the coast are the worst affected areas so far.

There are reports of a tree down at Crehana near Carrick-on-Suir on many rural roads in west Waterford and near Ballyduff.

AA Roadwatch has also warned motorists of a trampoline on the loose on the M9 between Waterford and Kilkenny. 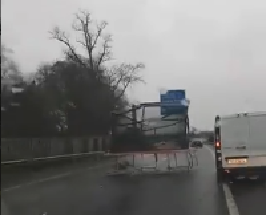 Trampolin loose on the M9 Motorway as  Storm Brendan his Waterford

The main Waterford to Limerick road is currently closed after numerous tree fell. A large tree came down on the Kilheffernan roundabout outside Kilsheelan. Multiple trees have fallen on the N24 L at Carrick-on-Suir, near the local Lidl supermarket.

The main street in Ballincollig has been closed after serious damage was caused to the roof of an industrial building in the town centre, while a popular public house in Youghal has seen some of its roof ripped off. 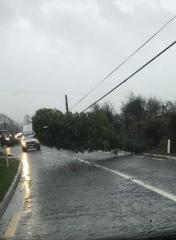 Tree downed and blocking road due to Storm Brendan

Emergency services are advising people to stay indoors until the storm passes this afternoon and to be prepared for possible thundery conditions and power cuts.

MICHAEL WOLSEY: The holy show where angels fear to tread