SPONSORED: Music, dance and a great day of fun at the Kilkenny Country Music Festival

GET your stetson ready and brush off your dancing shoes – the Kilkenny Country Music Festival is swinging back your way.

The beautiful grounds of Gowran Park Racecourse are hosting the festival, which takes place tomorrow, July 14.

It’s going to be a great day of music, dance and fun with live sets from some of the best country singers in Ireland. Mike Denver, Patrick Feeney, Trudi Lalor, Michael English, Jimmy Buckley and Mick Flavin will all feature on the star-studded bill.

Mike Denver has been delighting audiences for more than 15 years with his high energy live shows and he has a Number One album to his credit, the celebrated Cut Loose.

The Galway man will be joined at Gowran Park by Sligo’s Patrick Feeney. Since releasing his debut album, Thanks to You, he has garnered acclaim for his covers of tracks from legends such as Bruce Springsteen and Glen Campbell as well as his modern takes on Irish trad tunes.

An unfortunate accident gave Trudi Lalor her big break. A car crash put the very popular Louise Morrissey out of action and Trudi fronted her band and filled all her live commitments in Ireland and Britain, quickly establishing herself as one of the best young singers on the country scene.

She has gone from strength to strength, with a string of record releases, and was named Female Artist of the Year at the 2019 Hot Country Sky TV Awards, as well as 2019 Female Entertainer of the Year at the Sunday World Country Music and Entertainment Awards.

Michael English has twice been voted Best International Entertainer at the Irish National Entertainers Awards. He will be playing many of his hits at the festival, including the hugely popular, ‘The Nearest to Perfect’. 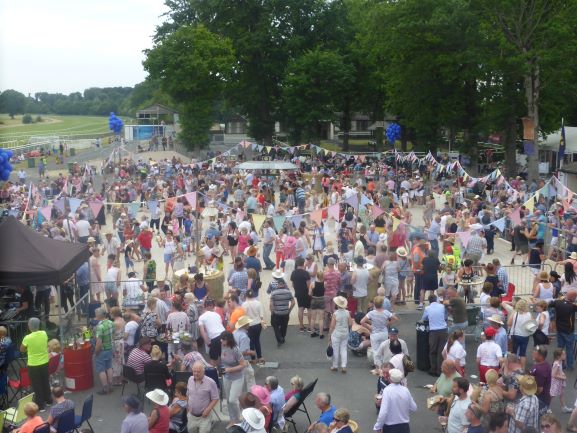 ‘Your Wedding Day’ star Jimmy Buckley and Mick Flavin of ‘I’m Gonna Make It After All’ fame will be bringing their special brand of entertainment to Gowran Park and, to make a great day perfect, The Conquerors will be the backing band for the event.

The Kilkenny Country Music Festival is a wonderful day out. There is outdoor seating, lush grassy picnic areas, trees for shade and beautiful surrounding scenery. Parking is free and it’s all within a 10-minute drive of Kilkenny city and the M7.

It’s a great family day, too, with plenty of activities for kids on-site. Children under the age of 12 get free admission when accompanied by an adult.

The festival has state of the art facilities – including on-site bars and restaurants and a giant dance floor. A shuttle-bus service will operate to and from Kilkenny city.

Kilkenny Country Music Festival was launched three years ago and has grown each year – establishing a reputation both nationally and internationally.

The organisers say queries about this year’s event have been arriving daily from all over Ireland and beyond.

Tickets for the event cost from €25. They can be purchased at the gate on the day of the festival. Or you can beat the queues by buying them online ahead of time at eventbrite.ie.

‘We need an urgent plan’ – Waterford TD calls on Health Minister to explain how he will solve waiting lists as figures hit 819,000