A brazen gang of thieves have destroyed a petrol station’s forecourt roof and shop during an attempted ATM robbery this morning.

The criminals targeted a premises in Ballynahinch, Co Down early this morning. 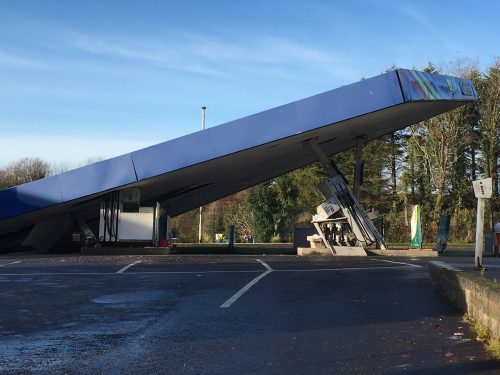 It is believed a digger was used during the failed raid on Carlisles filling station, to rip the ATM from the wall.

During the course of the raid, the thieves managed to knock down the forecourt roof causing extensive damage to the store, the pumps and the structure. They did not get the ATM, however. 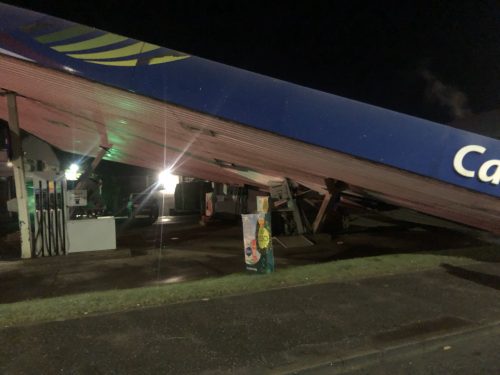 A second successful ATM raid occurred a short distance away  on the Saintfield Road in Belfast over the weekend.

The PSNI are investigating whether both incidents are linked.