Is this your dog? Appeal to Waterford pet owners as 10 dogs recovered in Garda raid

Ten dogs, believed to be stolen from homes around Ireland, have been recovered following a Garda raid this morning. Now gardai would like to know if any of the dogs belong to Waterford families.

A nationwide appeal has been launched to reunite the dogs with their owners following their discovery during a raid at 7pm last Saturday night off a property in Rathkeale in county Limerick.

None of the people at the addresses where the dogs were recovered had licenses or proper identification papers. All the dogs were seized and are currently being cared for in a local shelter.

Gardaí have so far reunited one of the dogs, a Cavalier King Charles, with its owner. The dog was stolen in the Dromcollogher, county Limerick, on June 9, 2020.

Gardaí also seized a small quantity of suspected cannabis herb. No arrests have been made but Gardaí are following a definite line of enquiry.

Gardaí are now looking to reunite the other nine suspected stolen dogs with their owners and photos of the dogs have been posted on our social media channels at https://www.facebook.com/angardasiochana

If you find one of your dogs on the site, please contact Newcastle West Garda Station via email to Newcastle_West_DS@garda.ie. 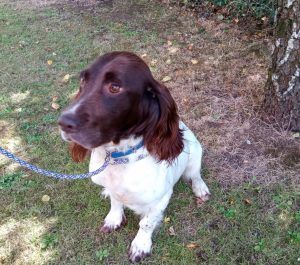